Church of the Miraculous Madonna of Sinj 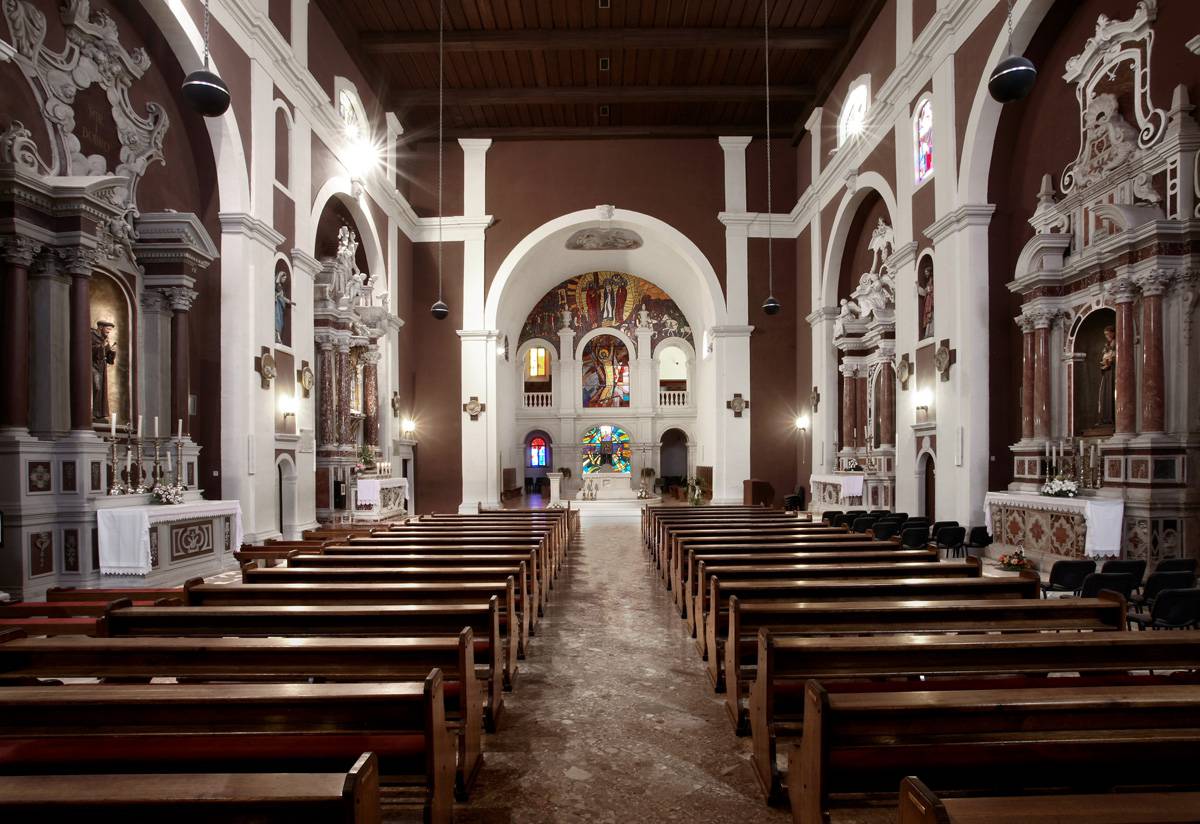 Peaceful and majestic, framed with the bronze door in relief made by the academic sculptor Stipe Sikirica, the Church of the Miraculous Madonna of Sinj dominates the town main square. Built during the 1699-1712 period, it has preserved its original appearance, though many times damaged resisting wars and earthquakes.

The Image of the Miraculous Madonna of Sinj takes the central place, both in the Church and in the hearts of the people of Sinj. It is a work of an unknown painter, dating back to the 15th or 16th century. With her head slightly tilted and eyes lowered, she has devotedly watched over her people, ever since they, driven off by the Turks, brought her along from Rama as the greatest treasure and hope to the Cetinska Krajina Region. Legend has it that in 1715 Sinj was once and for all delivered from Turkish rule with the help of her miraculous influence.

In token of gratitude, the people of Sinj crowned the Image in 1716 with a golden crown, on which there is an inscription reading IN PERPETUUM CORONATA TRIUMPHAT - ANNO MDCCXV (Triumph in eternal coronation – the year of 1715). The Image is nowadays silver-framed, with a relief of Sinj fortress on the back (by the sculptor Ante Jakić), adorned with votive offerings of worshippers.

In addition to the Madonna’s altar, in the Church there are altars of St Joseph, St Francis, St Anthony, St Nicholas Tavelić and St Paulin.

In the inner church courtyard, there is a bronze relief by Kuzma Kovačić, showing the Image of the Madonna of Sinj crowned with twelve stars. The relief is the same as the detail on the door of the Franciscan church at Šćit in Rama.

The today’s church tower, which consists of four new bells and is 43.5 metres in height, was completed in 1927. It was built in the place of the old tower, dating from 1775, which was made out of muljika, the domestic stone. In 1958, new organs, made by the Franc Jenko firm from Ljubljana, were consecrated. The Church itself was consecrated on the Assumption holiday in 2009, together with the new altar and the Madonna’s statue placed in the monastery courtyard, made by the academic sculptor Josip Marinović. Both the Church and the Franciscan Monastery are included in the Register of Cultural Property of the Ministry of Culture of the Republic of Croatia as a part of the sacral architectural heritage under protection.

View the embedded image gallery online at:
https://www.visitsinj.hr/en/discover/sights/church-of-the-miraculous-madonna-of-sinj#sigProGalleria2e138fde80
back to top