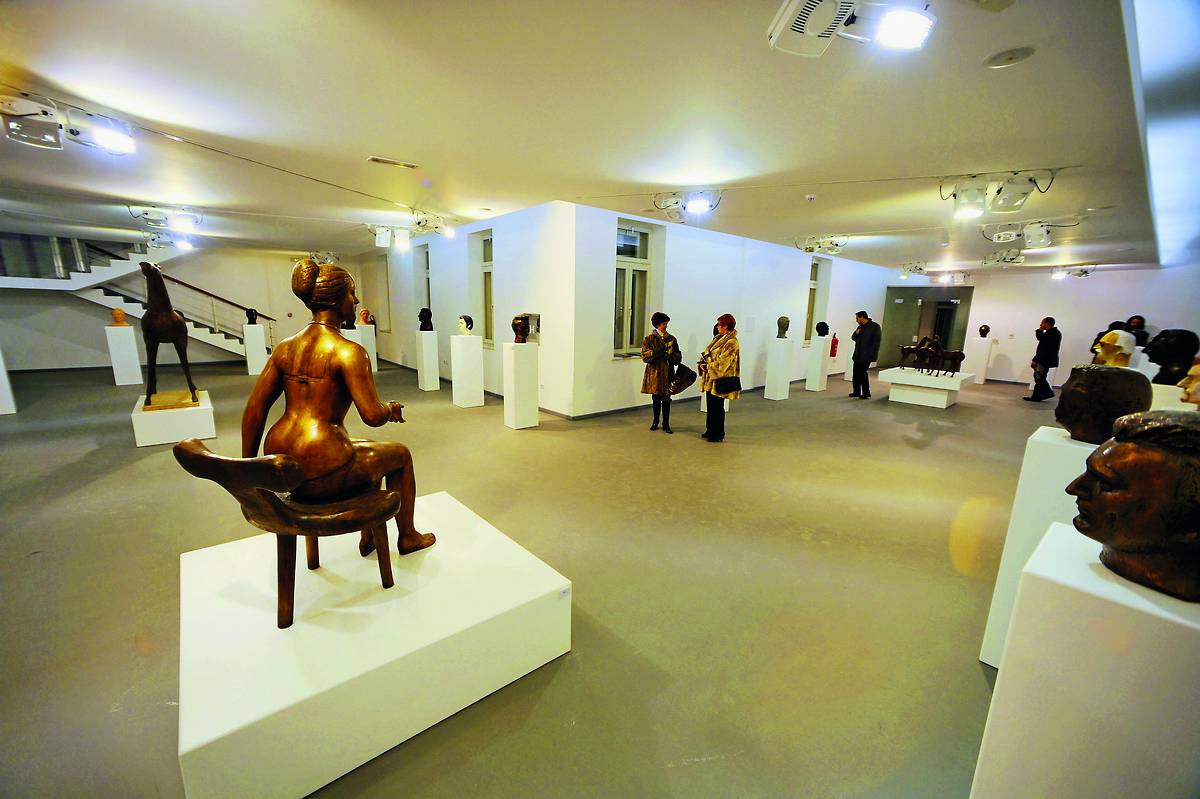 Sikirica Gallery is located inside the Alka Knights Court (Alkarski dvori). The Gallery owes its name to the famous academic sculptor Stipe Sikirica, born at Jabuka, near Trilj, who gave away his complete opus to the Town of Sinj. Sikirica is the sculptor of Sinj, the Cetinska Krajina Region and the Alka Tournament. The Town's identity is embodied in his public monuments.

Apart from the monument to an Alka contestant at the beginning of the Tournament Course (Alkarsko trkalište), Sikirica also sculptured the fountain At the spring (commonly known as Luca) and the door of the Church of the Miraculous Madonna of Sinj. The monumental door show the brief history of Sinj – the coming of the people of Sinj from Rama and the great battle of 1715 at the foot of the fortress. The protagonist of the story is the Miraculous Madonna of Sinj, whereas among many other characters the author's friends can be recognised. Sikirica’s close connection to the Alka Tournament is further witnessed by the Shield of the Alka Master (Štit velikog vojvode alkarskog), which makes part of the official Alka ceremony.

It is also an active creator of cultural changes in the Town. In this sense, the Gallery is a representative of different artistic practices and new media art. It strives to be a socially responsible institution and open towards all kinds of creative expression. It cooperates with the local community as well as with other similar cultural institutions and associations in the country and abroad. One of its most important activities is the programme for the young through which unestablished artists can present their work.

E: This email address is being protected from spambots. You need JavaScript enabled to view it.
W: galerija-sikirica.kus-sinj.hr

View the embedded image gallery online at:
https://www.visitsinj.hr/en/discover/galleries/sikirica-gallery#sigProGalleria722451ba46
back to top