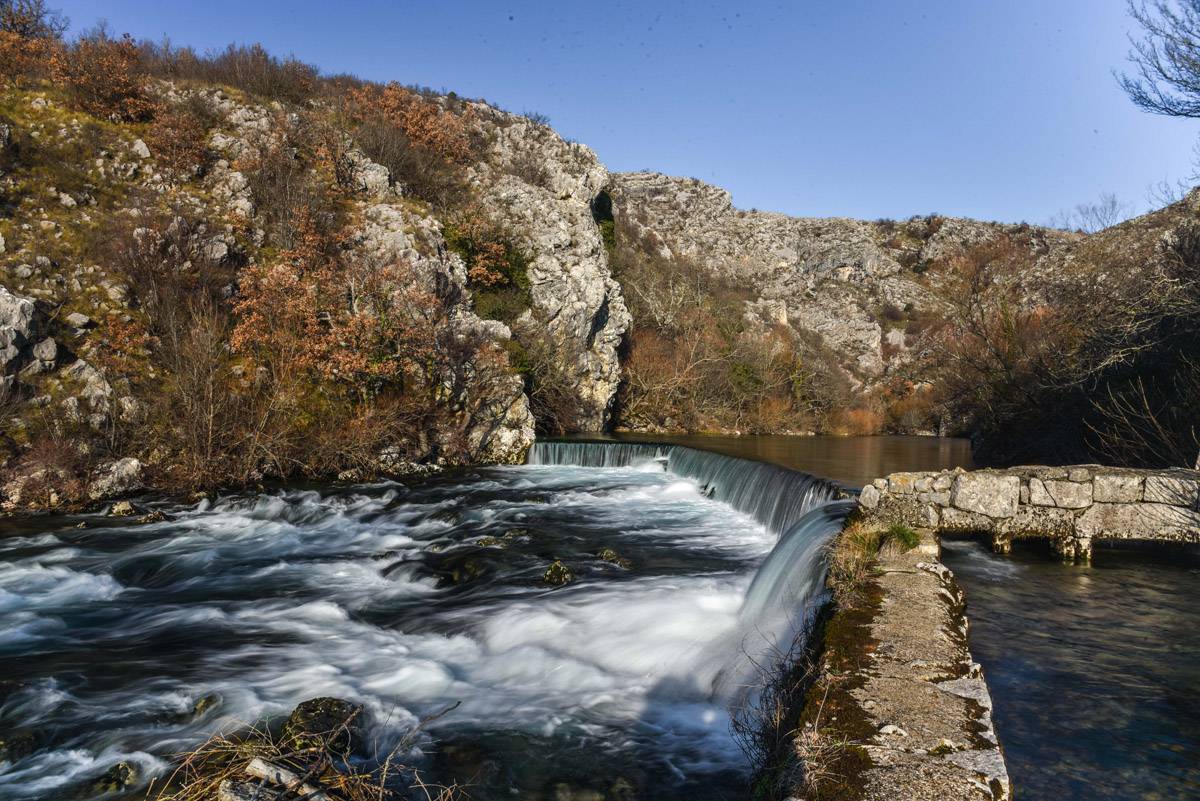 The significant landscape of Rumin has been under protection since 2000. The landscape's area of 33.5 ha includes Little Rumin (Mali Rumin) and Great Rumin (Veliki Rumin), which represent the source of Rumin, the second longest tributary of the Cetina River. While Little Rumin dries up during summer, Great Rumin that springs at the foot of the Greda cliff never dries up.

The steep cliffs of Rumin, a tributary of the Cetina River, house bird species such as the raven (Corvus corax), the kestrel (Falco tinnunculus) and the eagle owl (Bubo bubo). The wheatear (Oenanthe oenanthe) and the Greek partridge (Alectoris graeca) nest on the karst slopes at the foot of the cliffs. Plains, fields and ploughland are the natural home of the grey partridge (Perdix perdix), the quail (Coturnix coturnix) and the crested lark (Galerida cristata). The long-tailed tit (Aegithalos caudatus) builds its ball-like nests on the crowns of the willow trees along the Rumin tributary, while the basket-like nests of the golden oriole (Oriolus oriolus) are sheltered by the oak tree boughs. The old oak trees often get visited by the great-spotted woodpecker (Dendrocopus major) in search of food, whereas the Rumin tributary provides the food for the mallard (Anas platyrhynchos).

The area is also the habitat of mammals, including the hedgehog (Erinaceus concolor), the fox (Vulpes vulpes), the hare (Lepus europaeus), the beech marten (Martes foina) and the badger (Meles meles). While the most dangerous snake species is the horned viper (Vipera ammodytes), the commonest lizard species is the Dalmatian wall lizard (Podarcis melisellensis). The richness of ichthyofauna is reflected in a large number of endemic species such as the ukliva dace (Telestes ukliva), the dentex trout (Salmo dentex), the minnow nase (Chondrostoma phoxinus), the Dalmatian barbelgudgeon (Aulopyge hueglii), the Dalmatian spined loach (Cobitis dalmatina) and the Illyrian dace (Squalius illyricus).

Vegetation varies from watercourse plants to species growing on the cliffs that surround Rumin. Therefore we have a whole range of plant life – aquatic plants in Rumin waters and meadow plants such as winter savory (Satureja montana), mountain germander (Teucrium montanum), wall germander (Teucrium chamaedrys), everlasting (Helichrysum italicum), sage (Salvia officinalis) and many others, but also the deciduous shrubs and trees as well as the pine.

Value of this natural area is further enriched by the old mill harmonising with the scenery as a typical example of local folk architecture.

In accordance with the Nature Protection Act, the significant landscape of Rumin is under the direction of the Split-Dalmatia County Public Institution for the Protected Natural Values Management.

View the embedded image gallery online at:
https://www.visitsinj.hr/en/discover/beauty-spots/significant-landscape-of-rumin#sigProGalleria20487de8d3
back to top