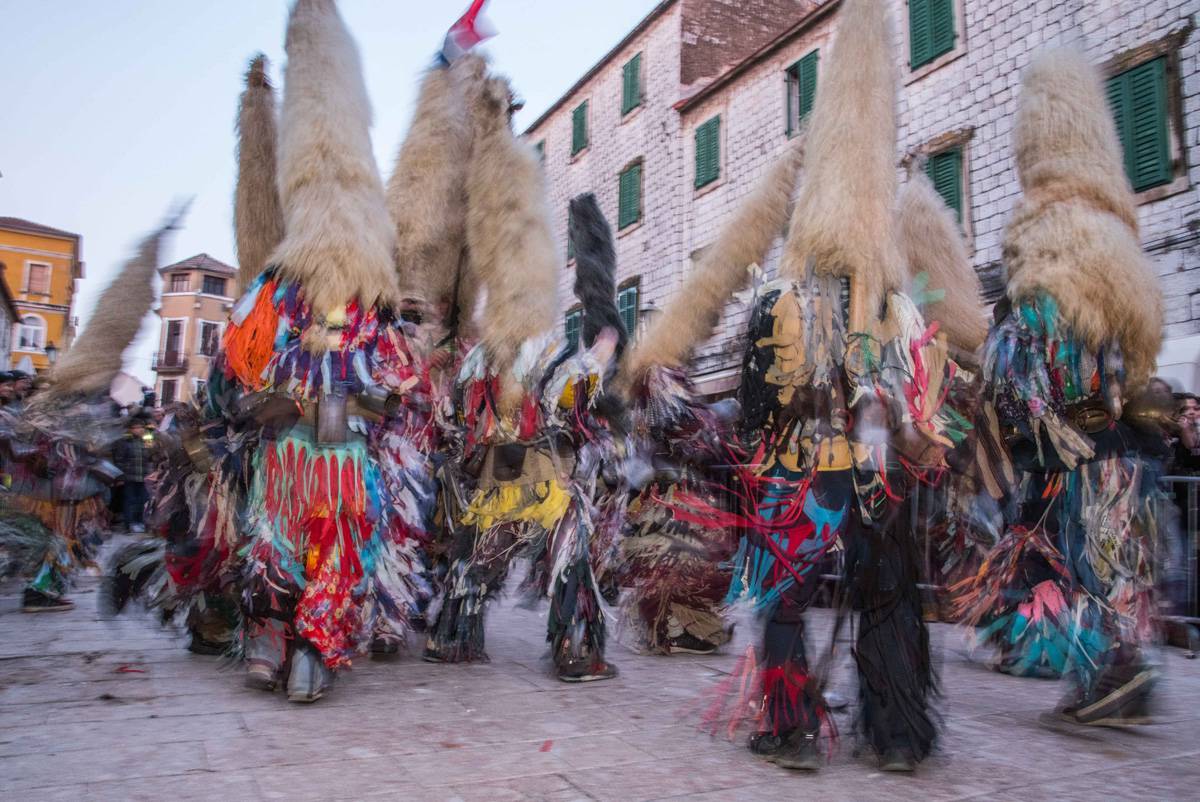 The annual carnival pageants in the villages at the foot of the Kamešnica mountain, from the area of towns of Sinj and Trilj and the Municipality of Otok, have traditionally been held for a long time, handing down and preserving local carnival customs. In the villages of Gljev, Han, Bajagić and Gala carnival pageants have served as a unique and authentic way of presenting the age-old customs, interwoven with the sound of carnival pageant bells and other accompanying rituals.

The invasion of an uproarious pack of colourful, unruly rams, known as the Didi, marks the day of the carnival pageant at Gljev, a village in the Dalmatian hinterland, not far from the border with Bosnia. A long-standing tradition of carnival customs, associated with the preservation of local identity, has been cultivated and promoted by the Didi s Kamešnice association.

The carnival pageant is arranged following the strict tradition-based rules. At the head of it there is a white carnival pageant group with the barjo (standard-bearer) and a carnival wedding procession. They are followed by the komedija and a black carnival pageant group. The wedding procession, symbolic of spring, used to be led by the first did (an old man), and nowadays it is led by the barjo. A pregnant, mannish bride, accompanied by the diver (bridesman) is on the lookout for a bridegroom which is the very end of the pageant itself. The jenge (married women) and the jengije (maids) as well as other wedding figures wearing formal dress (folk costume)also engage in the pageant. An Ottoman commands the both carnival pageant groups so that they do not mix, since they are not allowed to be in the same place and at the same time. Then comes the bula, a veiled female figure, trying to kiss a young woman.

The figures of the Ottoman and the bula are associated with long-standing Ottoman rule in this area. The komedije, a carnival pageant group criticising the current social and political issues, follows the carnival wedding procession. The black wedding procession is led by the baba and the did (an old woman and an old man). Being associated with the fertility cult, this couple simulates intercourse in order to yield a better crop. There are also the žalovice, widows letting out humorous wails. The most interesting participants, however, include the didi. Up on their head they wear sheep fleeces, up to 1.5 metres in height, and bells around their waist. The didi are dressed in old shabby clothes with colourful fringes sewn on. They symbolise the ritual battle of good spirits with winter, chasing it away by making noise and jumping up and down.

Despite the advancement of civilisation, men are still holders of this carnival custom, characterised by wearing animal costumes (costumes of rams) and the change of sex simulation.