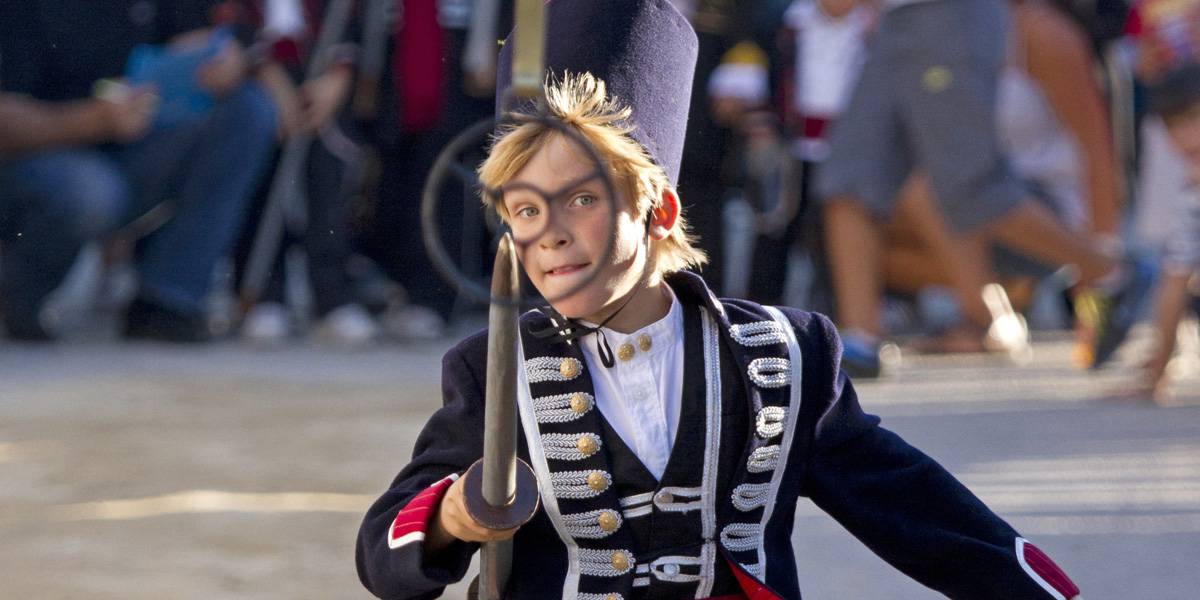 In memory of their ancestors Father Pavao, Bože, Tadija and Zec, whose heroism and bravery made them become prominent in the decisive battle against the Ottomans in 1715, the people in the hamlet of Vučkovići (Brnaze near Sinj) instituted in 1955 their Alka Tournament in which only children can participate. The Children’s Alka was naturally instituted following the example of the famous Alka of Sinj.

In the Children’s Alka of Vučkovići, boys up to 10 years of age run on their feet. Their Alka squires are elderly local people, whereas those oldest from the hamlet play the roles of the Alka Court of Honour and the Alka Tournament Master (alkarski vojvoda). In the Children’s Alka procession the standard-bearer rides a horse, a donkey is a symbol of edek (the Pasha’s horse) and the Tournament Master’s adjutant carries the sabre of the hero Bože Vučković.

As the right to participate in the Tournament only belongs to children from the hamlet of Vučkovići, the little Alkari have interesting nicknames: Wolf, Horned Viper, Biter, Hairbreadth, Additional Number, Live Wire, Scatterbrain, Bumblebee, Beetling Brows, Friar, The Apple of Gramps’s Eye...

Uniqueness and attraction in itself, the Children’s Alka Tournament of Vučkovići has been outside the scope of ordinary local festivities and nowadays it makes a precious and unique experience to all visitors, just like the true Alka of Sinj.

View the embedded image gallery online at:
https://www.visitsinj.hr/en/guide/annual-events/children-s-alka-tournament-of-vuckovici#sigProGalleriace4776349b
back to top