The 1715 Siege of Sinj Performance 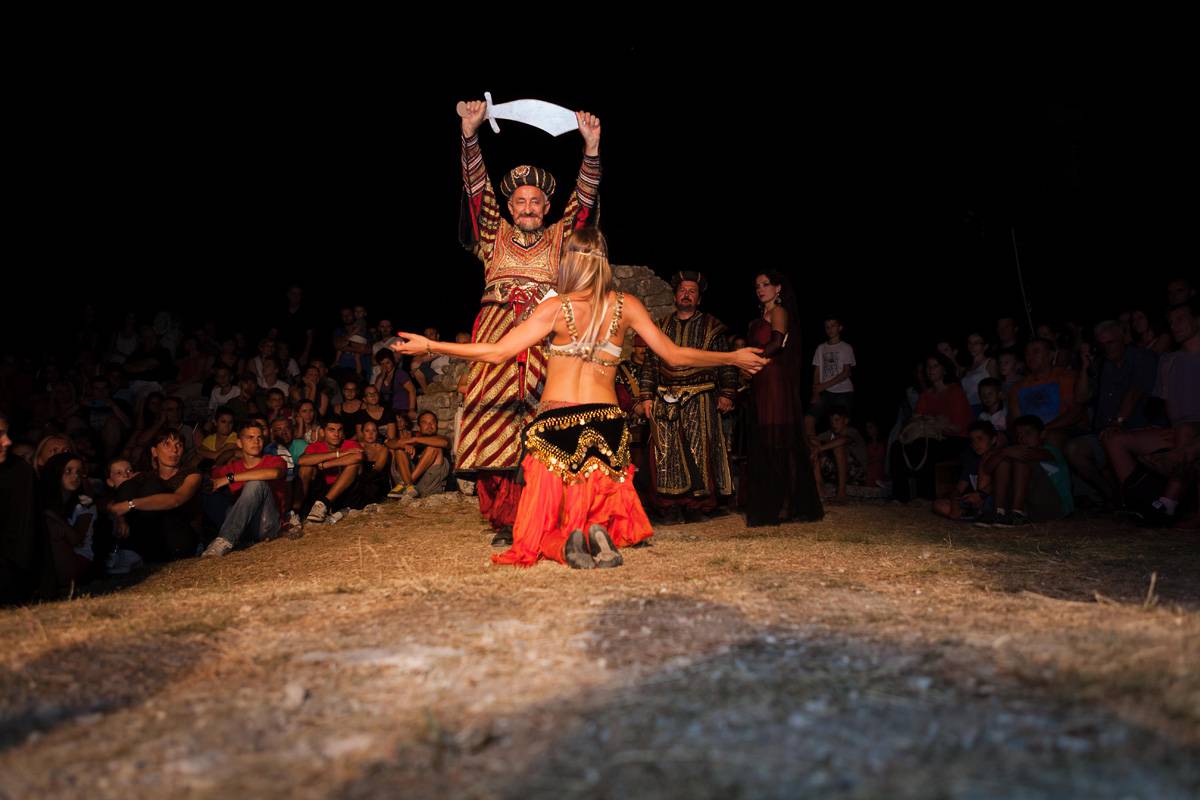 Over past few years and under cover of August night, authentic locations of the Old Town and Sinj Town (varoš) have staged the events having taken place prior to the glorious victory over the Ottomans on 15 August 1715. By the script written by Prof Velimir Borković, the start of the performance is the announcement of the coming of more than 40 000 of Ottoman soldiers from Bosnia over Prolog, the pass in the Kamešnica Mountain, at the end of July 1715.

Led by Mehmed Pasha Ćelić, their aim was to conquer the people in the valley of the Cetina River, and above all, to impose their rule on Sinj. The people of Sinj, however, led by Father Ivan Grčić, rejected an ultimatum and preparations were under way by 700 of them for the defence of the Town, both from Kamičak fort and the Old Town fortress.

The seven-day siege of enemy troops on the nearby hills and at the foot of Sinj walls bore no fruit whatsoever. The defenders put up strong resistance, praying to the Mother of Mercy, the Miraculous Madonna of Sinj. Having been once and for all defeated, the Ottomans finally left Sinj and the Cetinska Krajina Region at dawn on 15 August.

View the embedded image gallery online at:
https://www.visitsinj.hr/en/guide/annual-events/the-1715-siege-of-sinj-performance#sigProGalleriaa9872169ca
back to top