Klape (Dalmatian harmony-singing groups) to the Madonna of Sinj Festival 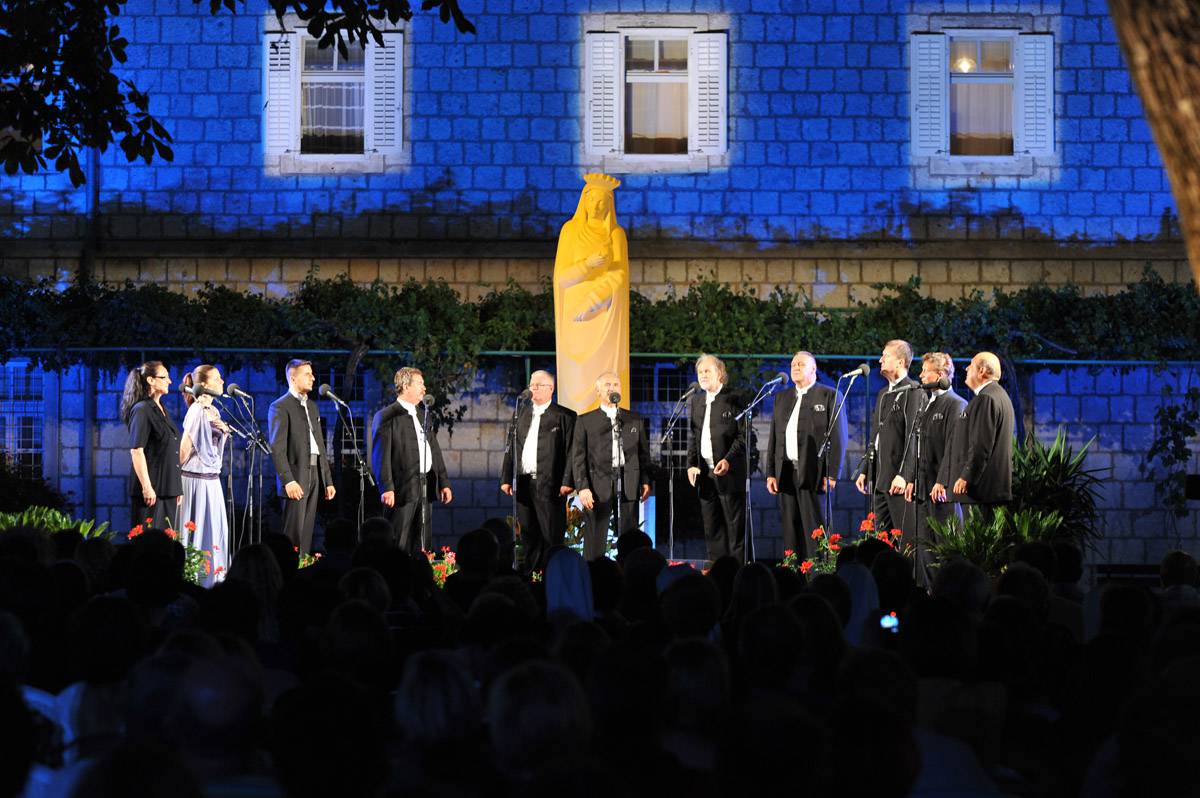 The Organising Committee for the tercentenary celebration of the miraculous defence of Sinj, which is to be held under the auspices of the Croatian Parliament, initiated the holding of the Klape to the Madonna of Sinj Festival of spiritual harmony singing to the Virgin Mary, but it has also launched a number of projects over the seven-year preparation period for the tercentenary celebration (2015).

The Festival has been held in Sinj early in August since 2009, during the Alka and Feast of Assumption Days.

The humanitarian quality of the Festival has been reflected in the fact that gate receipts and CD sales receipts have been given away to the humanitarian Madonna of Sinj Foundation, whose principal aim is to provide underprivileged students with financial support.

The Festival recording is broadcast on Croatian Radiotelevision (HRT) on the day of Assumption, and radio stations broadcast live and repeat the Festival via satellite in the home country and abroad. Albums from the 2009 and 2010 Festivals, edited by the record company Croatia Records, were nominated for the 2010 and 2011 Porin Award in the Best Spiritual Music Album category, whereas the album from 2011 Festival was nominated for the 2012 Porin Award in Best Harmony Singing Album. Other nominations at the 2012 Porin Awards ceremony included a composition performed by the Šufit klapa, Večernja, nominated for the Porin Award in the Best Harmony Singing Performance category, and a composition by Praska klapa, Zdravo Marijo, a nominee for the Porin Award for Best Folk Song.

This has been a truly exceptional musical event which has surpassed all expectations and become a moment of joyful gathering and celebrating the Mother of God. It has further established a reputation of the Town of Sinj as one of the greatest Marian sanctuaries.

View the embedded image gallery online at:
https://www.visitsinj.hr/en/guide/annual-events/klape-to-the-madonna-of-sinj-festival#sigProGalleria4d5d5ac9e3
back to top