Museum of the Cetinska Krajina Region 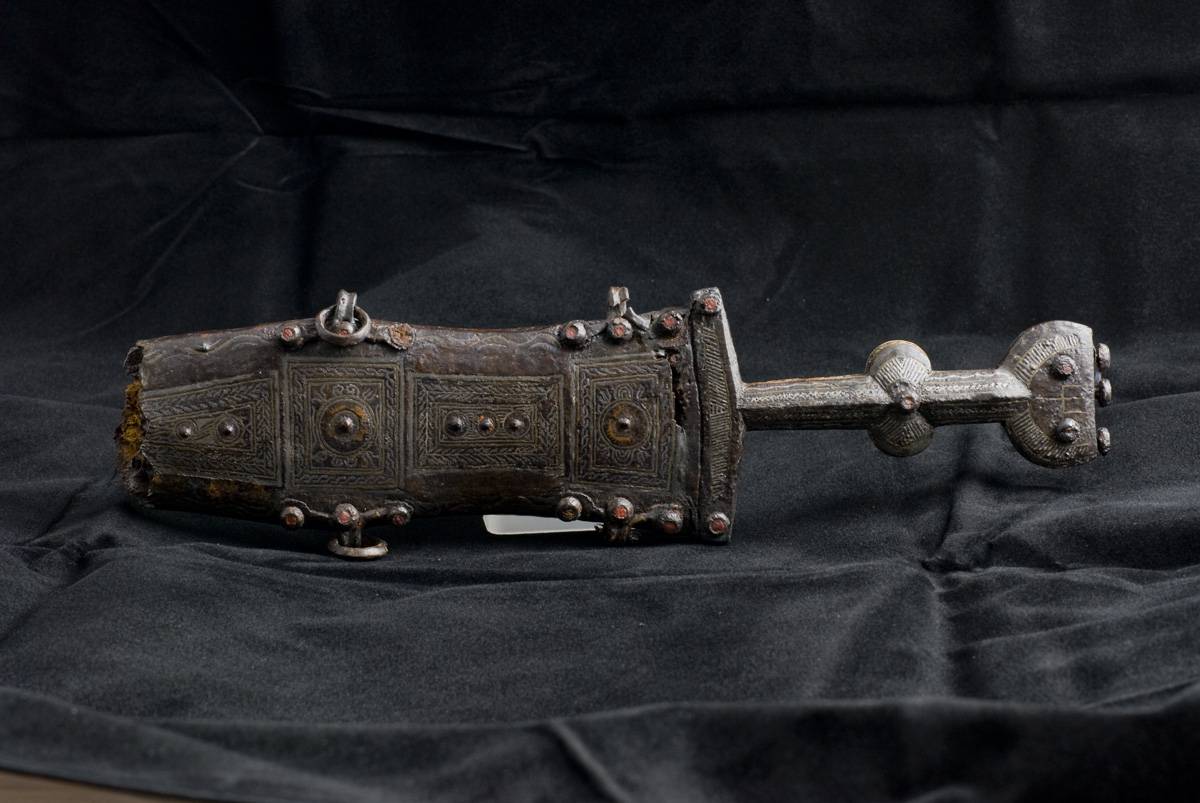 Founded in 1956, it represents the central place of both research and exhibition of splendid cultural and historical heritage of the Cetinska Krajina Region. The Museum includes the following collections: archaeological, numismatic, cultural-historical, ethnographic and natural-science collection, but also the collection of arms, orders, medals and medallions, photographs and photographic equipment, documents, postcards and posters as well as an art collection in which artists from the Cetinska Krajina Region are included for the most part.

Stone monuments of various styles are exhibited in the open-air collection of stone monuments and on the ground floor of the Museum. Splendidly architectural-ornamented ancient monuments are of particular significance, as well as altars dedicated to Roman gods and Ruduša tombstones dating back to the 1st century. The tombstones are valuable because of Illyrian names and special ornaments inscribed on them. The most important figure sculptures are the statues of Roman goddesses Roma and Fortuna from Čitluk (ant. Aequum). The permanently displayed archaeological collection is presented in chronological order, from Prehistory through Ancient History to the Middle Ages whereas the exhibits are accompanied by reviewed texts, legends, maps, drawings and photographs.

Prehistoric exhibits include the stone, ceramic and bone finds from the Cetina Riverbed. The Palaeolithic is exhibited by a particular hand wedge made of stone, found in the Cetina Riverbed in the village of Han, whereas the Neolithic is presented by ceramic pottery fragments and by polished stone arms and tools. In the Eneolithic period we can find copper wedge-shaped and stone hammer-axes. There are further ornamented ceramic pottery fragments from karst valleys in the village of Otišić. Ceramic pottery, triangular daggers and knives, which belong to a specific prehistoric cultural group – the Cetina culture (the Eneolithic and the Bronze Age, 2250 B.C. – 1600 B.C.), were found in grave-mounds from lake-dwelling settlements at Dugiš near the village of Otok. The Late Bronze Age exhibits include bronze arms and tools samples, ceramic pottery and jewellery. Greek-Illyrian helmets and greaves, spears and knives belong to the Iron Age.

Numerous grave goods found in Early Croatian graves in the villages of Bajagić, Jasensko, Lučane and Jabuka as well as the finds from the bed of the Cetina River witness the Early Middle Ages. The grave finds, especially bronze jewellery and arms, serve as exhibits dating back to the High Middle Ages. The museum material has been under protection of the Ministry of Culture of the Republic of Croatia.

Museum of the Cetinska Krajina Region

This email address is being protected from spambots. You need JavaScript enabled to view it.

View the embedded image gallery online at:
https://www.visitsinj.hr/en/discover/museums/museum-of-the-cetinska-krajina-region#sigProGalleria96cec92779
back to top