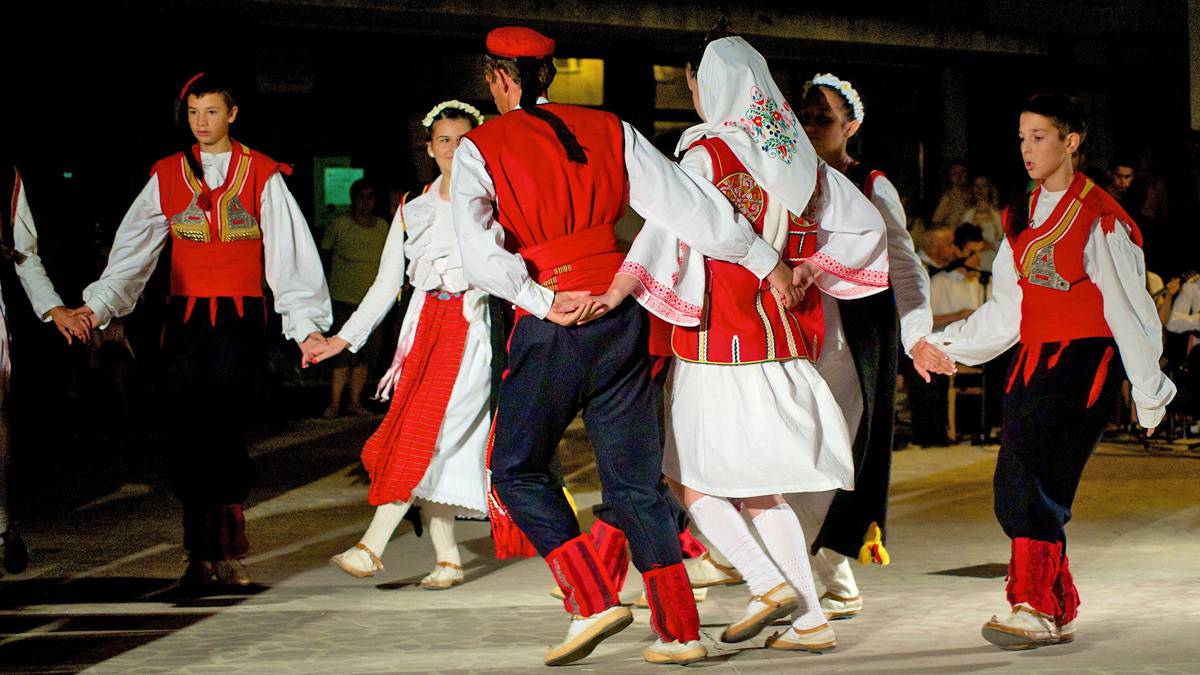 The Nijemo Kolo, a silent circle dance from the regions of the Dalmatian hinterland, is characterised by a unique performing way. It is performed in a closed circle or, more often, with dancing pairs making circular or free movements in a dancing space, sometimes accompanied by the rera, ganga or ojkanje singing or the diple (twin-reed shepherd's flute) but in the Dalmatian hinterland almost exclusively without music. In the wider area the dance is only performed in a circle which makes the very performance of the Nijemo Kolo in the Dalmatian hinterland specific in comparison with the wider area (the Lika region, the islands of the Zadar and Šibenik archipelago, the Ravni Kotari area, neighbouring Bosnia and Herzegovina).

The Nijemo Kolo is performed even today, although less often than before, at carnivals, fairs, derneci, weddings, local, regional or international folklore festivals and at local shows on the occasion of the saint days of parish churches. It is still passed on from generation to generation through cultural clubs and folklore groups. Having recognised the value of the Nijemo Kolo of the Dalmatian hinterland, UNESCO included it in 2011 on the Representative List of the Intangible Cultural Heritage of Humanity.

View the embedded image gallery online at:
https://www.visitsinj.hr/en/guide/about-sinj/ethno/nijemo-kolo-silent-circle-dance-of-the-dalmatian-hinterland#sigProGalleriad145c21147
back to top