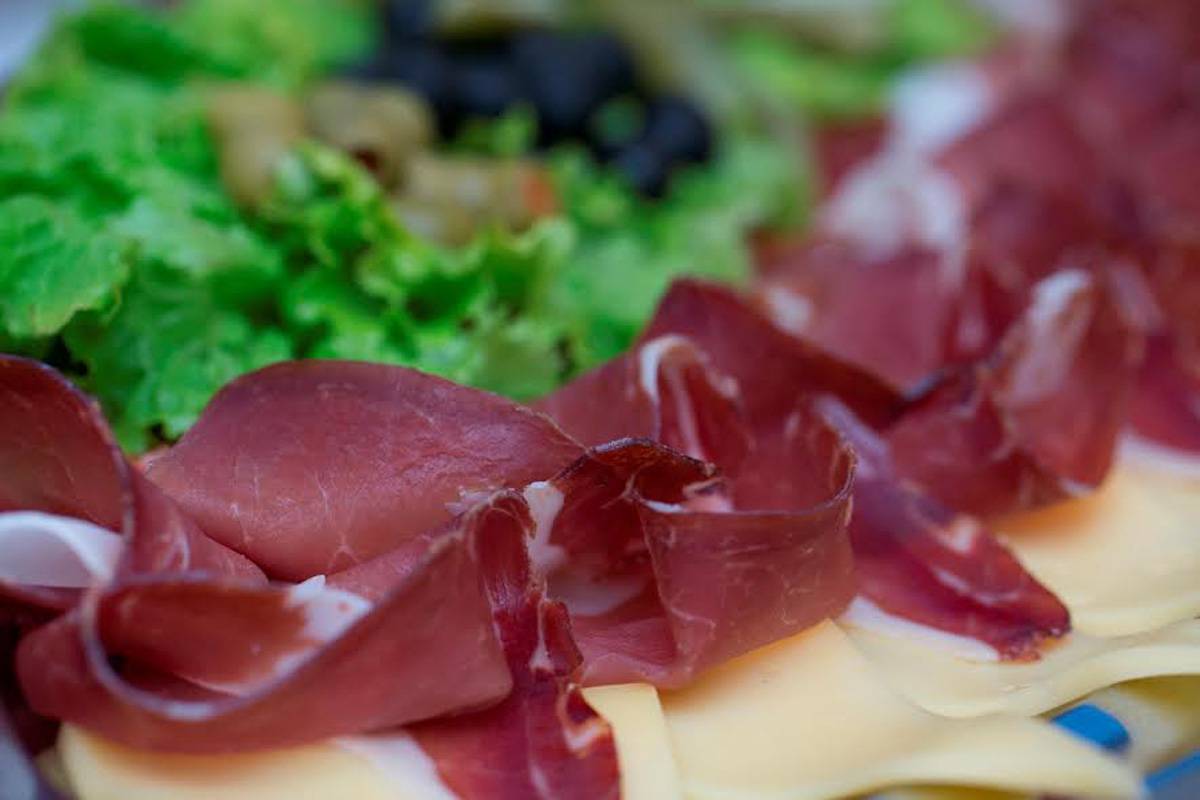 Since 2006, Sinj has hosted the National Fair of Prosciutto Ham and Dry-Cured Meat Products with International Participation which has been held annually in April. Preparations for the ninth prosciutto ham fair have been encouraged by the general interest in this traditional event bringing together all those involved in the prosciutto ham industry, from pig breeders, producers and distributors of prosciutto ham and dry-cured meat products to Government and professional institutions, distributors and meat industry equipment producers.

The 2013 Fair was sponsored by the Ministry of Agriculture, the Ministry of Entrepreneurship and Crafts, the Croatian Chamber of Economy – County Chamber Split, and co-organised by the Split-Dalmatia County and the Town of Sinj. Apart from its promotional and evaluation character, the 2012 Fair was also of educational character so that both producers and visitors could get information on the production and sales of dry-cured meat products such as Dalmatian prosciutto ham, protection of original Croatian products and quality label, the introduction of standards, models of association, the market, trends, co-operation opportunities with pig breeders, prosciutto ham production and processing technology, stimulation and funding programmes of governmental and other institutions, etc.

Just like in previous years, quality evaluations of individual producers' prosciutto ham were carried out. For that purpose, a commission was made up of renowned experts.

The prosciutto ham quality evaluation has been based on the Ordinance on Prosciutto Ham Quality Evaluation (Pravilnik o ocjenjivanju kvalitete pršuta). Evaluations are public, carried out in the presence of the members of an expert committee, representatives of producers of the evaluated products and the media. The evaluated products are those of the exhibitors at the Fair.

For the purpose of tourist promotion of the gastronomic tradition of prosciutto ham as a great delicacy, within the show programme of the 2012 Fair a contest was organised between tourism and hospitality management educational institutions from the four Dalmatian counties (2nd Bura Cup).

The promotion of cultural clubs, traditional customs and handicrafts was also organised.

Dalmatian prosciutto ham is likely to become a brand in the EU market only if its shape and weight, exceptional flavour, aroma, colour, marbling and the natural consistency are of unique quality.

View the embedded image gallery online at:
https://www.visitsinj.hr/en/guide/annual-events/prosciutto-fair#sigProGalleriaa79fca10a7
back to top