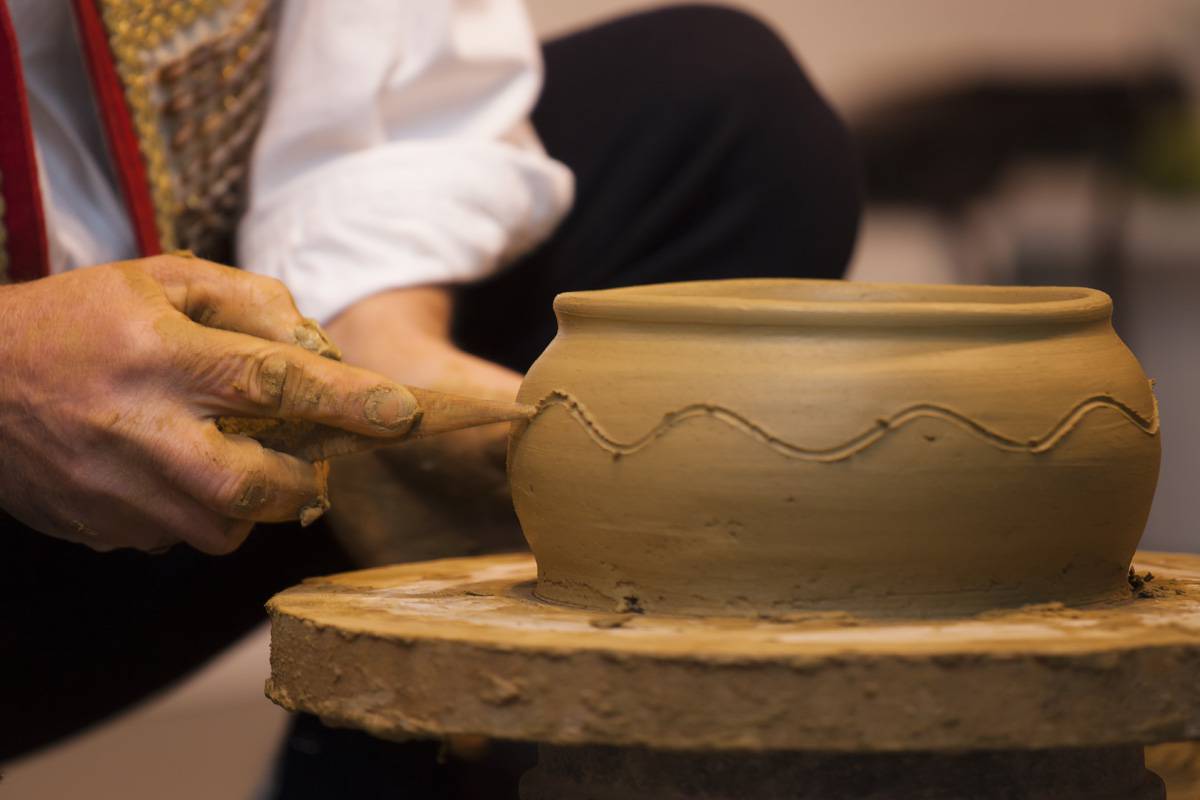 Traditional hand-wheel pottery-making in Potravlje has been only preserved in this village near Sinj, in the Municipality of Hrvace, whereas in the last few centuries many other villages in the Cetinska Krajina Region were known for cultivating this ancient skill. Up to the Second World War, there were around fifty families involved in pottery-making in the Cetinska Krajina Region, out of which around twenty of them in Potravlje. The potters from Potravlje, or, as they are usually called in this region, bakrari (derived from a local name for a traditional earthen pot, bakra), used to supply the whole Cetinska Krajina Region and greater Dalmatia with their products.

Up to the present day, they have sold their products at fairs in Sinj, Trilj, Zadvarje, Vrlika, Metković, Benkovac, Split and elsewhere. Apart from traditional pots, new types of pots are made nowadays, for instance, amphoras (for tourist purposes), flowerpots or pitari, and various miniature traditional pots sold as souvenirs. In ethnologic terms, a pottery-making tradition in Potravlje is categorised as hand-wheel pottery, where the hand wheel concerns a special kind of a small, low potters's wheel which the potter turns with one hand, unlike the foot wheel consisting of two wheels joined by a metal axle, where the potter turns the lower wheel with his foot.

It is generally considered that hand-wheel pottery dates from prehistoric times, and in our region from the 4th century B. C. In most of Europe, this type of pottery disappeared a long time ago, having been replaced by foot-wheel pottery. Up to this day, the craft of pottery-making has been only preserved in two families in the village of Potravlje – the family of Jure Knezović (1933-2012), where his sons Ivan (b. 1962) and Pile (b. 1965) have carried on the tradition, and the family of Jure's brother Dušan Knezović.